On how my life was transformed in the last 12 months by arboreal friends I met along the way.

For my wife and I, 2019 began in a special place, for a special reason. We got married in May last year, but decided to hold off our honeymoon until the winter, to best enjoy the opportunity to escape the winter dampness, and escape both literally and figuratively. We went to Costa Rica.

We had our first ever holiday together in Mexico, and it was there that I - at least - had the first suspicion that things may work out well between us. Choosing Costa Rica was a natural development for us, but the thing that cinched it was the chance to ground ourselves in the new year, in some of the most naturally diverse ecosystems on earth. I consider it the height of privilege and fortune to be able to say we did this. What we consider rare, special, unique has been whittled away, and trying to put aside complicated feelings of guilt about environmental impacts, the things we learned could may be worth it.

We travelled to the southern tip of the country, to stay on the edges of Corcovado National Park. The park is known as the most diverse region in the most diverse country in the world. It is a green jewel of natural splendour, a peninsula of ancient primary rainforest.

I'd never experienced the complete, and total envelopment of nature at such a deep and wide scale. The experience was almost psychedelic (in the 'soul-revealing' definition of the word). The full-spectrum of sight, sound, smell and touch meant that everything vibrated with life. Every piece of soil, grass, leaf, branch and trunk was in motion, in decay, in flux.

In those days, walking around the forest floor, I was struck for the first time - in the deeply intuitive sense - about the interrelationship of things. To talk about ecosystems (especially in design) is very much part of the language of complexity about the modern world. But to see how things interacted, relied, fed and responded to each other in realtime, shifted my understanding of life.

It also showed me how death played its part. The things we move across and found on the floor - the dead things - were still very much useful, were just the lowest part of this giant turning wheel.

...a rotting log is home to orders of magnitude more living tissue than the living tree… The judge asks what living things might need a dead tree.

Name your family. Your order. Birds, mammals, other plants. Tens of thousands of invertebrates. Three quarters of the region’s amphibians need them. Almost all the reptiles. Animals that keep down the pests than kill other trees. A dead tree is an infinite hotel…

Rot adds value to a forest. The forests here are the richest collections of biomass anywhere. Streams in old growth have five to ten times more fish. People could make more money harvesting mushrooms and fish and other edibles, year after year, than they do by clear-cutting every half dozen decades…

It struck me then, about how our civilisations have divorced us from what it really means to participate in the cycle of life. The presence of dead things is neither benign or tragic, it is necessary. It is a contribution to the larger thing. To speak of a natural death in a human sense is a misnomer. This was death in nature, and it was beautiful.

It also revealed a deeper sense of time. We humans live in planetary cycles of hours, days, weeks, months, and supposedly years. But in the forest, there was a sense of a longer time. A continual time. Time that blurred into the undefinable. Things moved, but didn't. There was a deeper movement going on, and we were simply flashes of light passing through.

The deep unforgettable sensation of vibrating life, of presence underneath majesty, of feeling a different type of time, has carried me through this year, and surfaced again at various places around the world.

In April I took a trip out to San Francisco to meet with my business partner, Alex. It's a rare thing for us to travel to each other physically, we do almost all our work together remotely. We had one afternoon off, so with his girlfriend Jess, we went to the most accessible and easy-to-reach primordial place: Muir Woods National Park.

I've been very fortunate in my life to explore Redwood forests, to come up close to Giant Sequoias, and stand beneath them. Before the trip, I'd stumbled across a great Japanese book on Shinrin-yoku ('taking in the forest atmosphere' or 'forest bathing') and tried to take onboard some of the lessons around deep listening and immersing yourself in the sensorial feeling of a forest. It worked. To sit with a being of such size and age, it doesn't approach you as an abstract experience - this feeling of long time - it is there, right in front of you.

Leaving aside the boxing of these redwoods into small, discreet parks that are fenced, picketed and displayed like museum pieces, the Redwood parks leave something in you that is such a privilege to experience.

Being the United States, you can of course *buy* a Redwood as you exit through the gift shop. So naturally, I bought one. In fact, I bought two. One for the farm in Italy, and another for my Dad in Edinburgh: we'd taken a trip to Yosemite a few years before, and taken in those forests too. This was a gift for both of us, to remember our time together, but also for the future beyond the both of us.

I liked the idea of giving him a tree that would at first, peek through the soil in our small Edinburgh garden, but eventually, without anyone really realising it, dwarf the surrounding buildings, a rocket ship of a tree bursting into the sky over hundreds of years.

I too, wanted to try and live along a longer time frame. To act beyond my short life. To literally plant a seed, root a tree into a spot where it might flourish over centuries. Placing it into a small terracotta pot, it seemed absurd to consider how gigantic this thing could get over time.

In May, we celebrated our wedding anniversary. A party to bring our extended families together, with our friends on my wife's family farm. Two friends led the ceremony, and we came together underneath an Oak tree, in a field of pomegranates.

The tree slowed us down to a pause, and reminded me that for the tree, our meeting, our marriage, our life together, was just a few rings around its trunk. To be in the company of a sentinel, shaded by its leaves in the spring sun, was to situate ourselves in a moment, in time, and recognise our passing in it. It made me realise how often I took for granted the presence of trees, and how slow we needed to move to properly see them.

You and the tree in your backyard come from a common ancestor…A billion and a half years ago, the two of you parted ways… But even now, after an immense journey in separate directions, that tree and you still share a quarter of your genes…

Roberta's parents grow organic pomegranates, and the field in which we stood was home to thousands of them. The garden of Eden had an apple at its centre, but most historians actually name it as a pomegranate. It is a fruit of life, of jewelled brightness. Standing amongst them, under the Oak, talking about past, present and future, I felt amongst the company of a different type of being that watched over us.

We've spent the summer in Montenegro. I didn't expect to feel a similar vibrancy of life like I did in Costa Rica. But in Montenegro - for whatever reason, accidental or otherwise - I've seen and felt a complexity of nature, an interwoven dialogue between plant, insect, animal and weather, that has often taken my breath away.

Perhaps, unlike the rest of Europe, they don't cover their land in pesticides? I don't know. It has probably to do with the fact that the country is almost all mountain. Endless ripples of rock that crash down on itself for hundreds of miles. A country called the Black Mountain is in this case, extremely accurate. The pines that cover these hills speak to an older Europe, one that avoided the all pillaging of resources by Romans and subsequent cultures to make ships and cities. And so the variety of plant life and insects that hug the hills around Kotor Bay where we live, make for rich living ecosystem that I have taken so much pleasure from.

I took one pass at its synopsis and ordered it straight away. It seemed like Powers had put into prose what I'd been feeling all year. The trees are our friends. They communicate to each other. They live in a time beyond our understanding. They were here before us, and they will be here after us.

I read it underneath a pine tree, that stretches to the water near our house. I consider the tree my friend now. I feel like Powers book acted as a translation text, to put into human words the truth about what trees are, how they live on this planet, and how we can re-join the world with them. I am not underestimating by saying it may be one of the most important books I've ever read.

The book, the experience and interaction in the rainforest, with the redwood, the oak, the pine have utterly shifted my perception of life. I feel you cannot look at a tree in the same way, you cannot be moved by the presence it creates, and be changed by it.

I think one of our greatest flaws as humans is our inability to think beyond our own time. It probably is a genetic/animalistic trait that predisposes us to treating the here-and-now as the most important, to watch for threats, to deal with the nearest around us.

The constant banging of the mindfulness drum, of being in the present, of being here now can sometimes act as a trap to a deeper truth: some things last a long time. Some things take their time, in a way which is almost impossible for us to consider. But we need to consider it.

Our appetite for everything at the tip of our nose has gotten us here, and here is not a great place. We've consumed without delay, taken the short term gain over any long term pay off. We've forgotten the value in planting seeds for things that will never flourish in our life time. The things that matter, really matter, take time.

Trees can help us remember this. 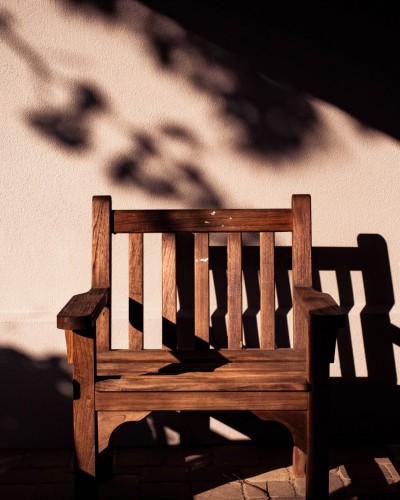 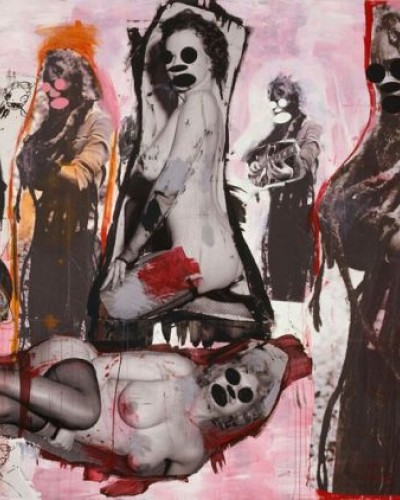 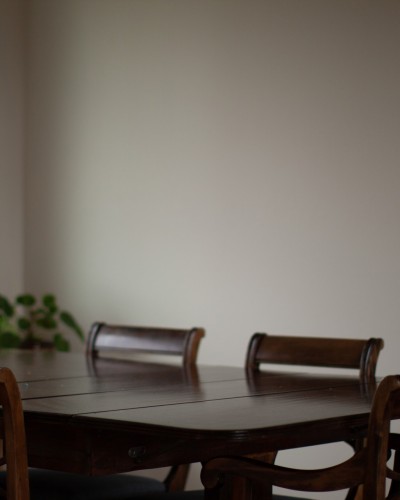